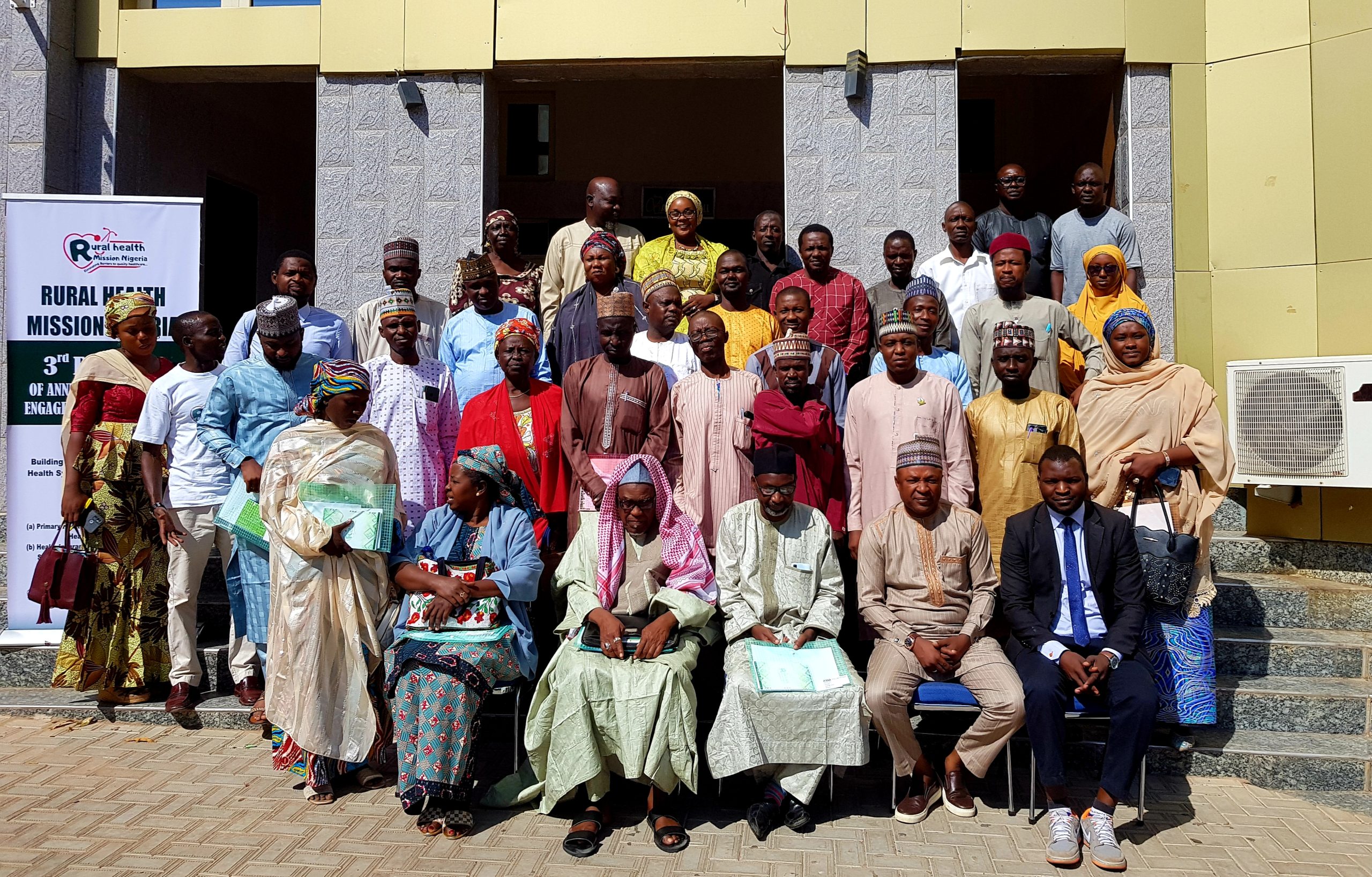 At the annual stakeholders’ engagement and dialogue, organized by Rural Health Mission Nigeria at the banquet hall of Maidugu Hotel, Gombe, Gombe state with the theme; “Building a Resilient and Sustainable Health System for Improved Universal Health Coverage”. The CEO of Rural Health Mission Nigeria Mr. Muhammad Saddiq Ahmad in his welcome remarks noted that this is the third edition of the annual event with a major goal to create a friendly platform for policy makers, civil society and media actors as well as community stakeholders to engage and identify collaborative opportunities to improve access to quality healthcare thereby enhancing universal health coverage in the state. He added that participants were drawn from different sectors of the government including the ministry of health, ministry of budget and budget office, primary healthcare development agency, national health insurance agency among others. Other stakeholders represented at the conference were civil society leaders, religious and traditional leaders, people living with disability and media actors.

The keynote speaker, Dr Habu Dahiru who is the Hon. Commissioner for health Gombe state ministry of health emphasized on the need to focus on local initiatives with much consideration on local peculiarities in order to promote universal health coverage in the state. The second speaker, Dr Saini James, The Provost College of health technology, Kaltungo who spoke on role of primary healthcare noted that primary healthcare is the most inclusive, equitable and cost-effective way to achieve a resilient universal health coverage.

He added that primary healthcare is central at providing curative, rehabilitative, promotive and preventive healthcare services to the community in a way that is centered on people’s needs and respects their preferences. He recommended that government at all levels should work to strengthen other components of primary healthcare such as health education, nutrition, supply of safe water, basic sanitation, among others to enhance universal health coverage. He observed that majority of government funding is focused on curative component of the primary healthcare delivery system while neglecting other components that are critical in achieving the universal health coverage.

The third speaker, who is the executive secretary, Gombe state contributory healthcare management agency, Dr Abubakar Musa, represented by Mr Tanimu Umar who spoke on the role of health insurance policy in promoting UHC, identified and recommends the wide adoption of the community-based health insurance program to improve health financing in the state.

Participants further calls for increased budgetary allocation to health to meet the Abuja declaration of 15% commitment as contained in the resolutions of African union member countries held in 2001.