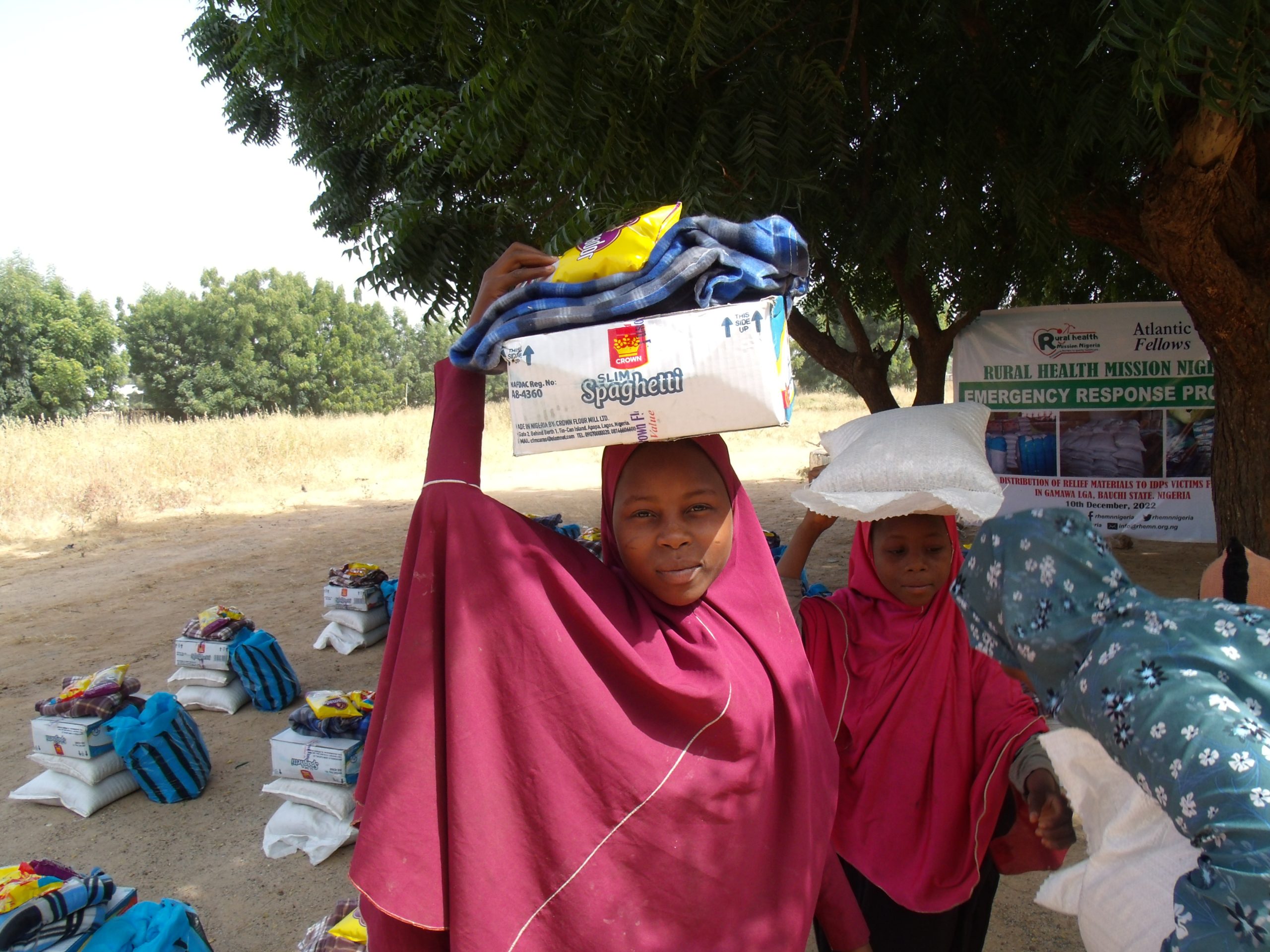 According to media reports in late September, 2022, more than 2.5 million people have been displaced by floods in Nigeria affecting at least 25 states. In Gamawa community, Bauchi State, Nigeria, it is estimated that over 3700 persons across 49 communities were affected leaving over 200 families in internally displaced shelter in the community with very little to sustain their daily needs.

In order to bring succor to the victims in Gamawa, Rural Health Mission Nigeria provided relief materials to support over 75 families with over 500 individuals. The items include food items, clothes, blankets, insecticide treated nets etc.

The leader of the delegation Mr. Tukur Jibrin said the initial plan was to support 50 families but due to the observed needs, the organization had to stretch its budget to accommodate additional 25 families. He added that the organization has been rendering similar support to other communities and will continue to vulnerable communities. He called on the government and other stakeholders to support the victims to return to their homes and restore their livelihood.

The leader of the displaced persons in Gamawa, Mallam Garba applauded the organization and encouraged others to emulate the good gesture of the organization. He added that most families are struggling to survive since the flood incidence. He advised the beneficiaries to be their brother’s keeper by sharing the little they get with others that were not opportune.

The Director of social services, Gamawa LGA, represented by Mallam Ibrahim Jaji added that the support from Rural Health Mission Nigeria is timely and he emphasized that beneficiaries should share the little they get with others.

One of the beneficiaries, Sada Muhammad could not hide her excitement, she mentioned that since she and her family of 10 was displaced, she has never received any support from any organization until now. She prayed for the organization and called on others to emulate such good gesture.